Well, at least it was this past weekend. Now that I'm healthy again though, I think it really is. On Saturday night, I attended Old Ebbitt Grill's Oyster Riot, which is an all-you-can-eat oyster and wine event that is now in its 15th year. Tickets to the two-night event sell out in like 10 minutes. And once you've been, you know why. They serve over three dozen award-winning raw oysters all night long, not to mention award-winning Sauvignon Blancs, jumbo shrimp cocktail, crab claws, fried oyster rolls, oyster stew with a fried oyster on top, and much, much more.

Despite the fact that I ate a boatload -- and I mean, a BOATLOAD -- of molluscs and crustaceans on Saturday night, guess where I headed to brunch on Sunday morning? None other than Hank's Oyster Bar in Old Town. What can I say? It was a beautiful day to head down to Old Town and since I am one shellfish-lovin' pescetarian, it just made sense. I highly recommend Hank's as a casual, relatively inexpensive brunch spot. They've got some yummy stuff on the menu, including delicious Crabcake Eggs Benedict, which is what I had.

Anyway, it was a very fun and super yummy weekend. Here are some shots of the action. Enjoy! 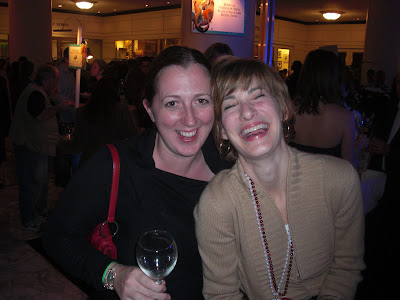 Me and Christy. Clearly, we forgot that an oyster and wine tasting should be taken seriously. Whoops! 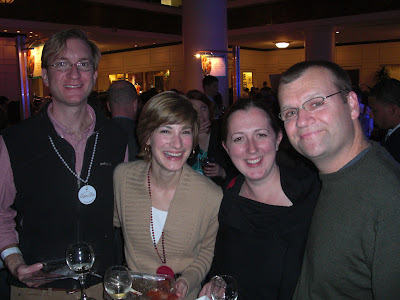 This year's Rioters: Dave, me, Christy, and Tom. 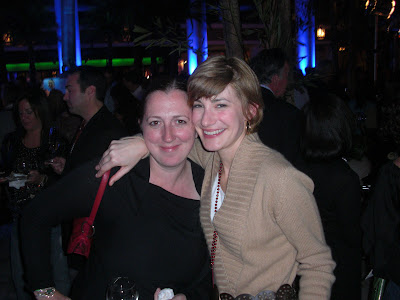 Foolin' around again. Notice the blue lights in the background? Some in our group did not like them but I think they work just fine. 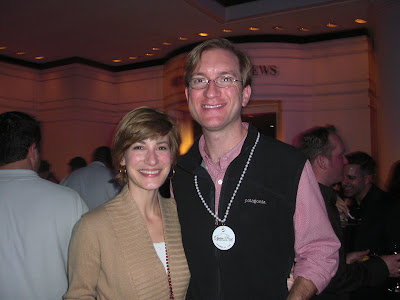 Me and Dave during a brief oyster break.